The 2018 edition of the Awards was graciously sponsored by the following organisations: 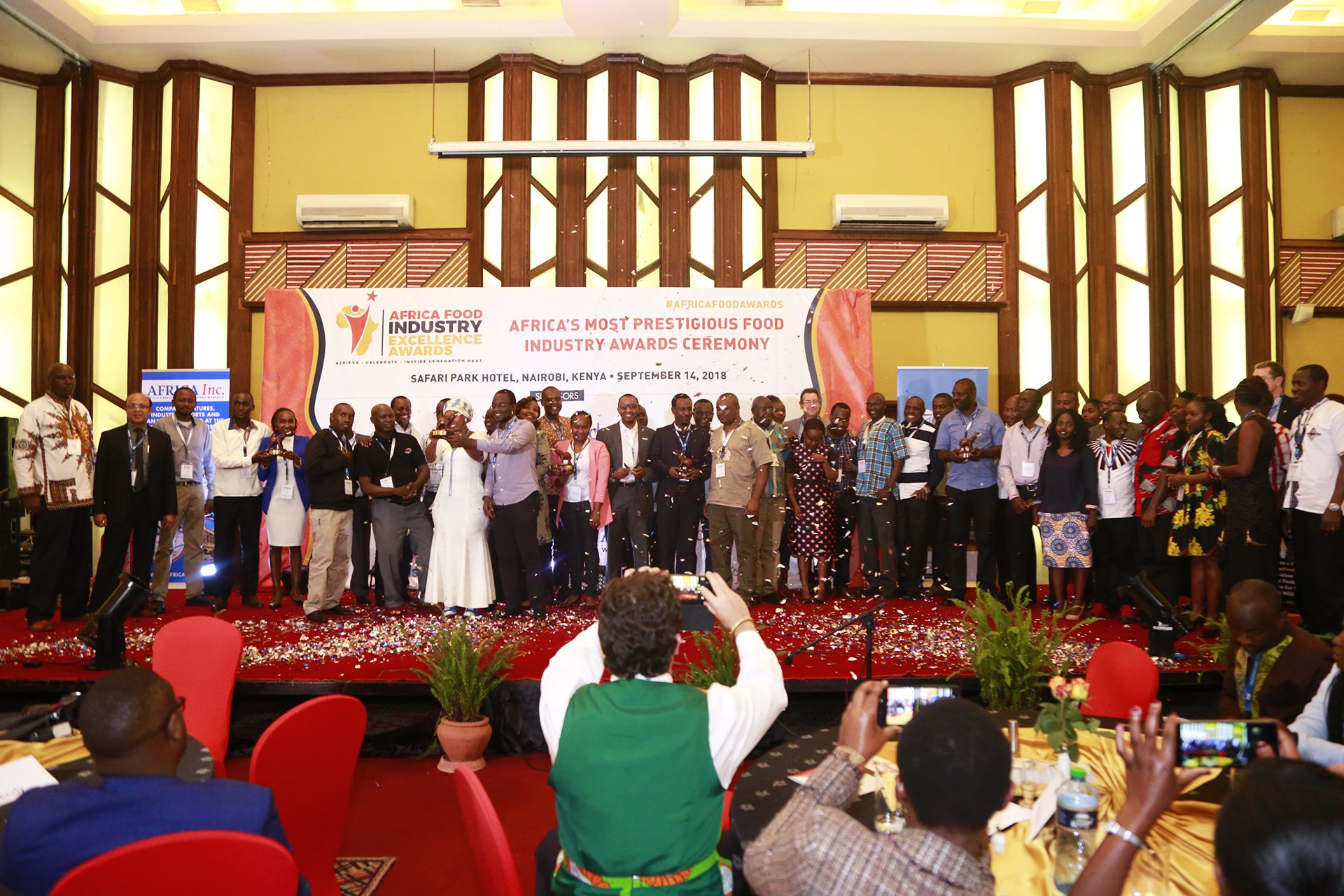 The 2018 edition of the Africa Food Industry Excellence Awards put the Awards on the map, and helped introduce the Awards to a bigger audience, cementing the reputation of the event as Africa’s most prestigious food industry event, on the second year of hosting!

With more than 500 industry leaders attending the Awards ceremony from across Eastern, Central and Southern Africa, more than 60 entries were received for the final judgement process from across the region.

The event saw the introduction of the New Plant of the Year, New Product of the Year and the Initiatives of the Year categories, opening the opportunity for companies to compete for a chance to win the highly-coveted accolades.

The glitzy Awards ceremony was held at one of Nairobi’s premier locations, Safari Park Hotel in Nairobi, Kenya on September 14, 2018, punctuated by live music from a band, acrobatic shows, food, drinks and fun!

The following were the winners of the various categories at the 2018 Awards ceremony:

NEW PLANT OF THE YEAR

NEW PLANT OF THE YEAR CATEGORIES

NEW PRODUCT OF THE YEAR

NEW PRODUCT OF THE YEAR CATEGORIES

INITIATIVES OF THE YEAR

COMPANY INITIATIVES OF THE YEAR

SUPPLIER PROJECT/INITIATIVES OF THE YEAR

Attend the next edition. You will never regret your decision

Africa Foodex Awards has established itself as the most important annual meeting of the food industry stakeholders in Africa. The perfect networking platform, the Awards ceremony brings together individuals and teams from the industry, Government, NGOs, private equity and venture capitalists, suppliers and more . . . better than any other event in Africa